Last night we had the teens from church over to watch the OKC Thunder play in the NBA Finals. I decided to make some “basketball” snacks since they would be here about four hours and all teens get hungry in that amount of time 🙂

I made two pizzas both with cheddar cheese instead of mozzarella to look more like basketballs. Then I added mini pepperoni to one and olives to the other for the basketball lines. I used store bought crust to save time and regretted it, it didn’t taste very good. Next time I’ll make my own, but they still looked good 🙂 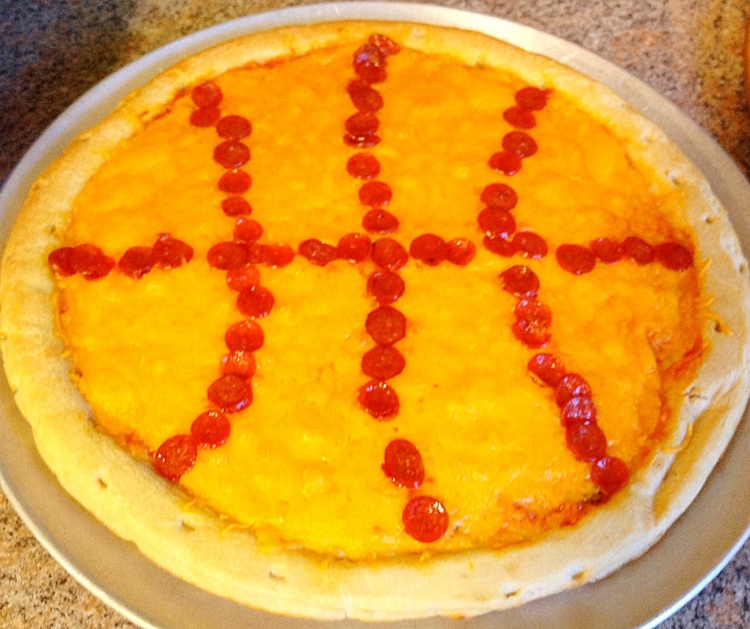 I also made my favorite tortilla chip dip which is super easy. Just one container of sour cream and a packet of taco seasoning (my favorite is Taco Bell seasoning). Usually I top it with lettuce, salsa, cheese and olives. Last night I just went with cheddar cheese and olives for the lines to look like a basketball. 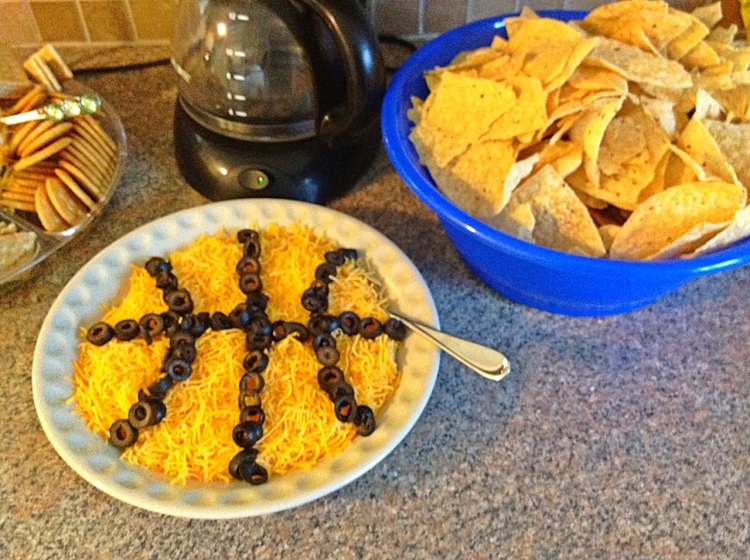 I also made my favorite cheeseball recipe. It’s just two blocks of cream cheese, turkey lunch meat slices into 1/2″ squares and 3 T Zesty Italian dressing all mixed and then hardened into a ball wrapped in Saran wrap in the fridge. I don’t usually coat the outside at all but last night I coated it in cheddar cheese and used olives for the lines to make it look like a basketball. 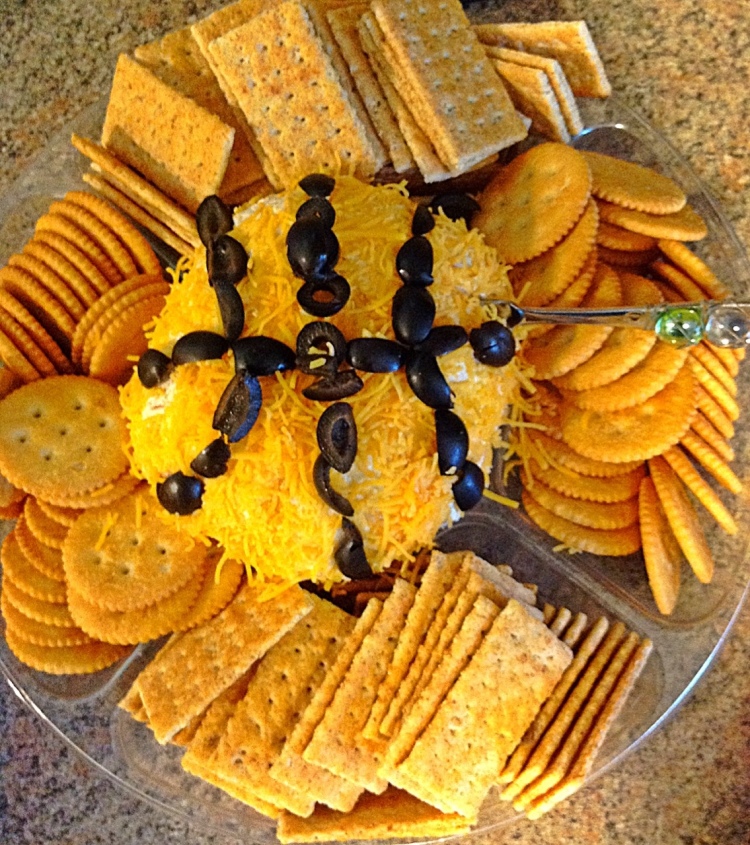 I made some other round things but they did not look like a basketball. Thanks for stopping by!
Johanna 🙂

I'm a homeschool mother of two adorable girls only 11 months apart, and a sweet little boy. I love with being their mommy. My husband is a camp manager. I am passionate about being a stay-at-home mother and homemaker, its such an exciting, exhausting and rewarding job!
View all posts by crazyblessedlife »
« I’ve Been Nominated!
Father’s Day DIY Tie »

One thought on “Basketball Game Food”